On our last trip to France, we’ve ve tried some of the very best vegan restaurants in Paris in an effort to create the best Paris Vegan Guide possible and share our top recommendations with you.

Paris probably doesn’t come to mind when thinking of vegan-friendly cities to visit. Especially with its legendary cheese (they’ve got over 365 types!), croissants, pain au chocolat, and steak frites. However, much has changed in the past years! The meat consumption per person in France has actually decreased from 160g per day in 1998 to an estimated 46g per day in 2018. And restaurants in France are keeping up too – in 2018, there were about 500 vegan and vegan-friendly restaurants. From all-vegan patisseries to vegan junk food to fully raw restaurants, the French capital is undergoing a true vegan revolution.

Here are our 5 favourite vegan restaurants from our last visit to Paris as well as some recommended to-dos. Finally, we’ve also included some essential vocabulary to make your next trip to Europe’s most romantic city as smooth as possible.

Our favourite vegan and vegan-friendly restaurants in Paris:

Honestly, we didn’t think we would be able to have a traditional French breakfast in Paris. Even in other cities, it is incredibly hard to find vegan pastries, which are an absolute must for any typical French breakfast. Thank you VG Patisserie for proving us wrong! Think vegan croissants, pain au chocolat, cinnamon rolls, macarons and the most beautiful vegan versions of French pastry, like Paris-Brest, lemon curd tartlets, chocolate cakes and more. And breakfast at VG Patisserie is incredibly affordable too – an espresso and croissant will only cost you 3 euros!

Part of a Thai restaurant group, Kapunka Paradis is situated in the 10th arrondissement of Paris. Stuff your mouth with flavour-packed vegan-friendly Thai dishes such as their rice noodle bowl with crunchy veggies, peanuts and tofu or try one of their vegan Thai-inspired desserts. Plus, all their dishes are gluten-free too!

Starting out as a café with a focus on raw cakes, Sweet Rawmance can now be found in Paris’ 14th arrondissement, serving a fully vegan menu, featuring burgers, salads, bowls, pasta and more. As the name suggests there are many raw dishes but much of the menu is cooked too. And to be honest, we haven’t explored the raw kitchen too much over the last years, but this restaurant has certainly changed our opinion about raw food. Nutritious, delicious and fully vegan dishes that are full of colour and energy – this vegan restaurant has to be one of our absolute favourites in Paris. Come here on Sundays, when they serve their weekend brunch (mostly raw and all vegan!), which certainly doesn’t leave you hungry! Spoiler alert: the full brunch, including drinks, is only 25€/person!

Situated in the trendy district Le Marais, Burger Theory offers a fully vegan junk food menu featuring filthy burgers, loaded fries, soy medallions and other mouth-watering junk that will keep your bellies full. Expect unreal texture and dishes so full of flavour! And make sure to explore the area too – Le Marais is home to some of the most beautiful houses and finest architecture in Paris. You’ll need that digestive post-dinner stroll anyway!

A vegetarian eatery in Paris’ 19th arrondissement, Helou serves top-notch vegetarian and vegan food with a focus on organic and local produce. There are vegan tapas, bowls, curries, cakes (they make the best chocolate banana bread!) and all manner of craving-satisfiers. Also, if you’re looking for a place to work from during the week, they have a dedicated coworking space, for only 2 euros per hour. Moreover, if you ever feel like you need a break, Helou has their own napping space downstairs, inviting you for a power nap during the day. Relax in a hammock or doze off in one of the giant beanbags in a Zen atmosphere with oriental lighting. What an offering!

Other vegan restaurants in Paris:

These are the vegan and vegan-friendly restaurants which were on our hit list but we didn’t quite get time to visit! If you have the chance, stop by and let us know if they live up to the hype!

Foods to support your immune system

L’Abattoir Vegetal
Once a butcher, this restaurant now serves a fully vegan menu. Stuff your mouth with flavour-packed lunches such as red bean pancakes with guacamole and barbeque sauce or try one of their vegan desserts.

Le Potager du Charlotte
This fancy vegan restaurant, run by two brothers, focuses on bringing a new epicurean and gourmet approach to plant-based cuisine, along with a generous and warm-hearted service. There are rice and chickpea pancakes, vegan gazpacho and more.

Comptoir Veggie
Nestled in the 11th arrondissement, Comptoir Veggies is a casual cafe serving up vegan cakes, pies, chia puddings, savoury bowls, smoothies, and more. They only use recyclable and compostable materials.

Le Faitout Vegan
A French bistro, known for its traditional ‘charcuterie’ and cheese platters with a plant-based twist. Expect homemade cold cuts, cheese, pâté as well as hot and cold tapas – all 100% vegan!

Vegan-friendly things to do in Paris

Hop on a Seine riverboat tour: We recommend the 1-hour tour which starts at Pont Neuf, Paris’ oldest bridge and allows you to enjoy views of Paris’ famous attractions as you glide along the water, passing by the Eiffel Tower, Louvre, Musée d’Orsay and Notre-Dame Cathedral. Commentary in French and English, from 14€.

Hire a bike: Paris is such a bike-friendly city so make sure to rent a bike and explore the French capital on two wheels. The best way we found to get around was by using Velib, a bicycle sharing system. They’ve got a super easy-to-use app and you can literally find bikes everywhere! Plus, our absolute highlight was the phone pocket that was fitted to the bike’s handlebar and made navigating through Paris so much easier!

Visit famous attractions early in the morning: We love getting up early during holidays, as you’re usually rewarded with empty streets and have the best places and famous attractions to yourself! Stroll along the Seine, visit Eiffel Tour and Champ de Mars. If you’re an art lover, Louvre is certainly a must. We recommend booking your tickets online – they’re free when you’re under 25! Also, when we visited Paris in July, face masks were mandatory when visiting any public attractions, so make sure to check the most recent regulations to avoid fines.

We certainly didn’t meet the stereotypical ‘rude’ Parisian you’re usually warned about. People were extremely welcoming, friendly and went far out of their way to help us in ways we didn’t expect. However, if you don’t speak any French, you may still find it difficult to identify vegan dishes on the food menu (many restaurants we’ve been to didn’t have English versions) or find your way around French supermarkets. To make your life easier here is some essential vocabulary:

We hope you have the best time in Paris. Tag us @weareveano if you try any of the above vegan restaurants on our recommendation! 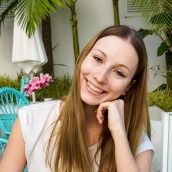 The Best Vegan Restaurants in Amsterdam

The Best Vegan Restaurants in Lisbon

The 10 Most Vegan-Friendly Cities in the UK